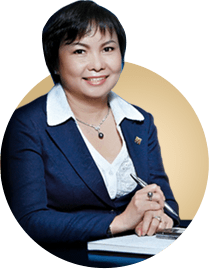 - The logo is inspired from diamond, which is known as the most luxury gemstone, a symbol of longevity and transparent.

- This logo shows all diverse business areas of PNJ that based on the company’s core values that have been established and constantly strengthened.

- 5 glimmers are simple, but powerful and equally soft and flexible, which is the feature of jewelry creation – the main business of PNJ. Besides, 5 glimmers also imply five basic elements (metal, wood, water, fire, earth, according to Eastern philosophy), reflecting the active and ongoing development of PNJ.

- PNJ is the abbreviation of the company name – a valuable asset being established and developed during the last 20 years.

The main colors are golden yellow and PNJ blue.

- Golden yellow is the color of gold – the main material in jewelry creation as well as the symbol of prosperity and wealth.

The combination of golden yellow and PNJ blue demonstrates the fashion, style and belief.

We aim to become the leading jewelry fashion brand, with core attributes being Creativity, Fineness, and Reliability.

Our mission is always to enhance customers’ satisfaction, by diversifying products and services at highest quality and reasonable price, by advancing management and manufacturing system, and improving craftsmen’s skills.

Customer benefits is our commitment. 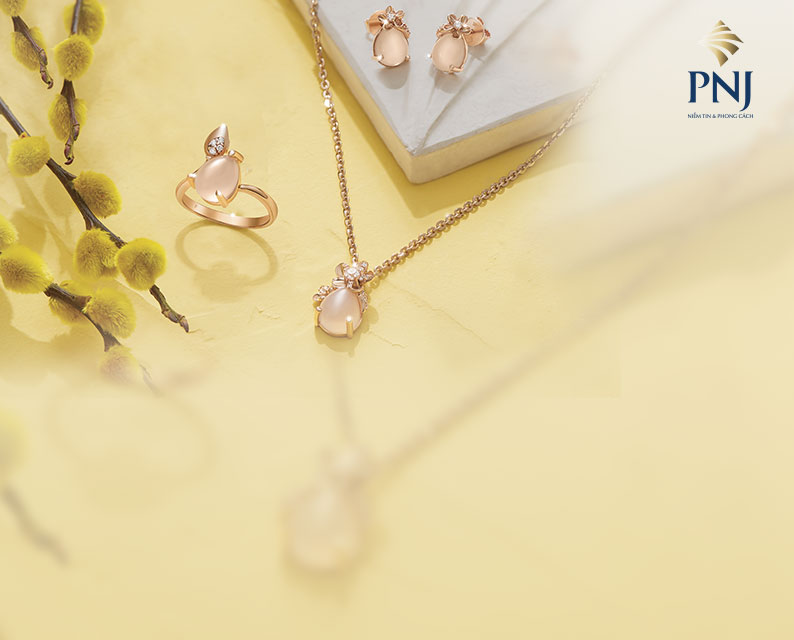 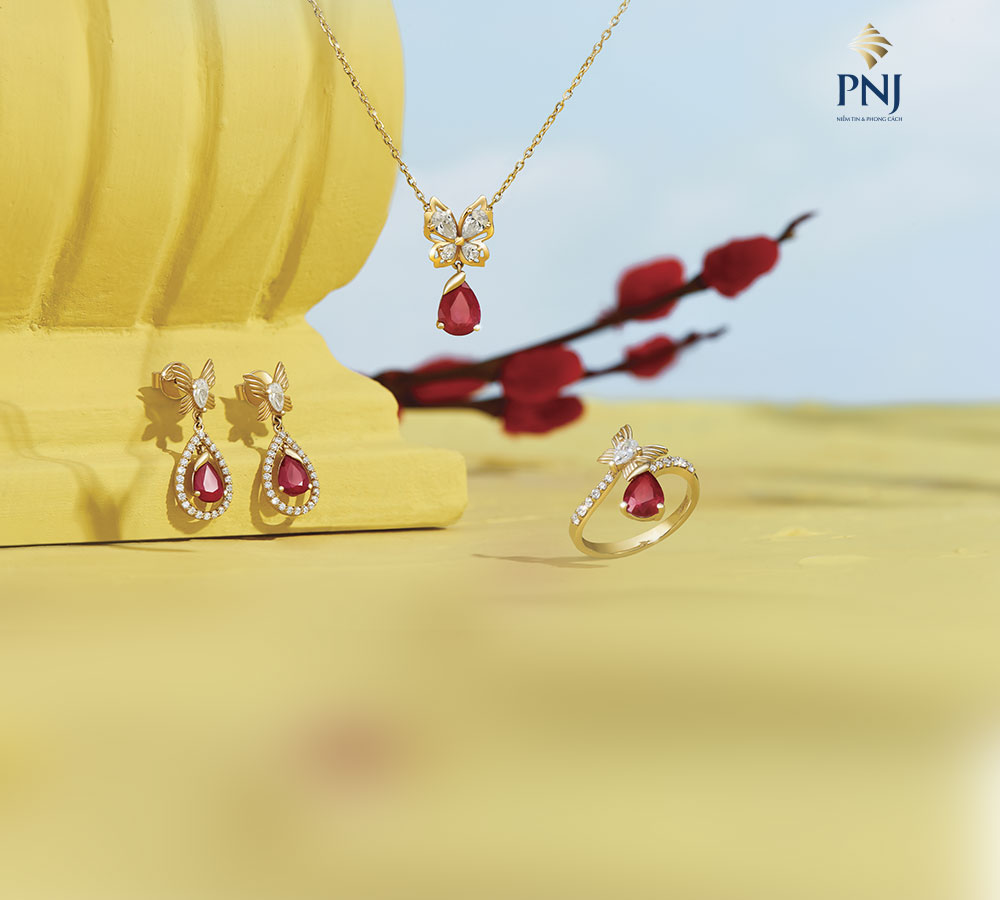 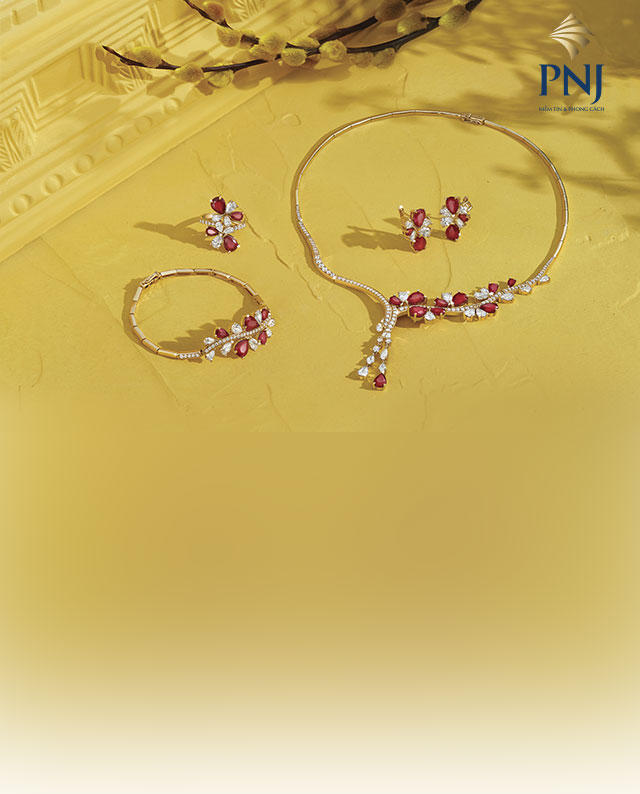